Both Colocasia and Alocasia elephant ear plant are parts of Araceae family. Being in the same family means that they are going to share several similarities, such as the popular name of elephant ears and they also have big leaves. Yes, both of them are called elephant ears, but once you get into the details of the varieties, you may see some small different details. Both of them are perennial plants, with growing zone of 8 to 11. As it was mentioned before, they share a lot of similarities, but there are several differences too.

If you take a look at the leaves, you will see the differences. The petioles (stiff leaf stems) are definitely different. Alocasia petioles may extend to the leaves, so the leaves follow the petioles’ line. That’s why most leaves of Alocasia would point upwards. Some of the varieties may have leaves extending horizontally. On the other hand, Colocasia petioles would connect (down) from leaves’ notches. This makes the leaves to droop (hang at downward angle). The (visual) distinction would make it easy for you to differentiate both of them apart. If the leaves point downward, it’s likely a Colocasia, but if they are pointing up, then it is likely an Alocasia.

When it comes to the growing condition, Alocasia grows the best in partial sun or in shade. If they are getting full exposure to the sun (which usually happens in warmer areas), they can be damaged. Moreover, this type needs regular (and quite frequent) watering. However, Alocasias need soil that is able to drain well and won’t stay soggy. If they are exposed to very wet locations for a long time, the roots may rot. On the other hand, Colocasias prefer full sun exposure and they like wet soil. Unlike Alocasias, Colocasias will grow well in standing water or water pool. 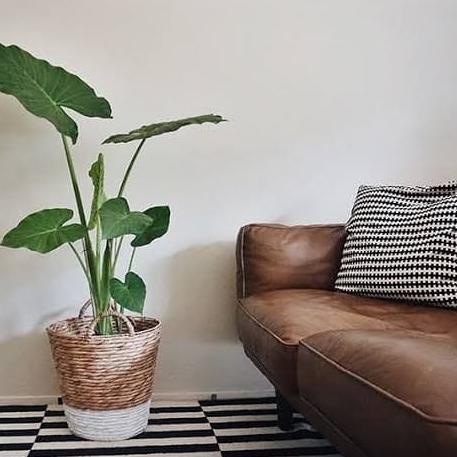 Another difference is about the tuber and propagation type. Alocasia elephant ear plant develops rhizomes and tubers. For propagation, the tuber would be separated from the main plant and then replanted. It’s also possible to divide the rhizomes. You can plant them separately so you can start new plants. Colocasias, on the other hand, only develops tubers. The way to propagate it is by separating the tubers and then planting them. So, from Alocasia elephant ear plant propagation alone, you can tell the different type and variant of both plants.

A lot of people believe that elephant ear plants are poisonous, but it actually depends on the type. Some parts of the plants are actually edible, but you should know the differences. You see, many Colocasias are grown, even cultivated, for their Taro or the edible tubers. After all, Taro is a crucial (food) crop in Hawaii. However, you should know that most varieties of Alocasias aren’t edible. Some of them are toxic and can be fatal when ingested.